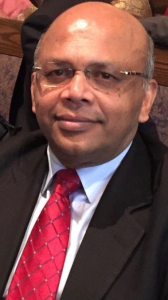 The starting of India Pentecostal Assembly in January of 1982, was in accordance with the vision and call of God and my sincere desire and commitment to organize and establish a Pentecostal Malayalee Church in the Dallas/Fort Worth metropolitan area to accommodate the Malayalee Pentecostal believers who have emigrated from Kerala as well as their children born and brought up in the U.S.,for Spiritual worship, Fellowship and Spiritual Growth in the Word of God. IPA which was founded by Pastor Daniel K. George on January 16, 1982 with about 10 believers, meeting at first in a Sunday school class room at First Assembly of God, Garland and later on moving to the School building of the Living Word Church, Irving in 1986 and now having its own meeting place ( purchased property) at 544 Tipton Road, Irving since 1995, has grown in size, strength and in its spiritual impact in the Indian community in Dallas and Fort Worth and the surrounding communities. India Pentecostal Assembly is an independent Pentecostal Church, incorporated in the State of Texas in 1982, which closely co-operates and associates with the Indian Malayalee Fellowship (City Wide Fellowship); and with the Pentecostal Youth Conference of Dallas as well as with the Pentecostal Conference of North American Keralites(PCNAK). Despite the many struggles and challenges we confronted over the last 37 years, the Lord has been so gracious and faithful to us as we continue to exist to exalt our Savior and Lord Jesus Christ, to educate and equip the people of God for spiritual discipleship and service of the Lord as well as to serve the surrounding communities. “Hitherto the Lord has helped us – Jehovah Eben-Ezer”. Our motto since its inception still holds true today: “The God of Heaven will prosper us; so we, His servants shall arise and build”(Nehemiah 2:20).